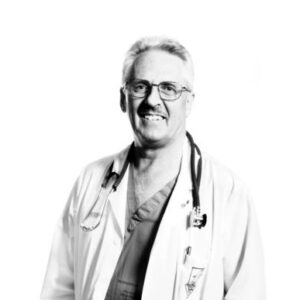 It is with mixed feelings that I have the sad task of informing the DOC members of the passing of one of our most esteemed and admired colleagues, who laid the foundations for the Division, Department, and Institute we all are members, Dr. George Wyse.

I met George in 1991 when I was a fellow at UWO. He was always very encouraging, and his inquisitive and witty demeanor always struck me and inspired me as a clinician investigator.

George joined the University of Calgary in 1974 after his undergraduate training initially in Pharmacy in 1964 and Pharmacology (MSc) at UBC. Having been awarded a Medical Research Council Studentship he moved to the University of Manitoba and then following his mentor Dr. Nickerson, to McGill University where he obtained his PhD. in 1969. Once he finished, he was interested in going to Medical School but chose to do a post-doc fellowship at the University of Michigan with Dr. Beck who by the time George’s visa paperwork was available, Dr. Beck had become the Chair of Pharmacology at the University of New Mexico where George and his family went for his post doc training. He joined the faculty there as an Assistant Professor. Due to social unrest related with the Vietnam War he and his family decided to return to Canada. George was able to join the University of Calgary both as Assistant Professor of the Department of Pharmacology and simultaneously going to medical school supported by one of the first HSFC Medical Scientist awards in Canada in 1971 and graduating as an MD in 1974. He then completed 2 years on training in Internal Medicine, at the same time being an Assistant Professor, here at the University of Calgary. He then moved to Portland, Oregon where he trained in Cardiology and was exposed to Clinical Cardiac EP where he became fascinated by this new field and trained with one of the giants in Cardiology and Early EP fathers Dr. Rahimtoola. He returned to Calgary in 1978 and supported by a HSFA Clinical Investigatorship between 1978-84 he founded the clinical cardiac arrhythmia group in Calgary with Brent Mitchell and Hank Duff. This being one of the preeminent EP groups in the country. George rapidly moved up the ranks both academically and administratively becoming a Professor in 1985 and Chief of our Cardiology division between 1986-1993 and Associate Dean Clinical affairs 1993-1999. He became an Emeritus Professor in 2005 and continued his clinical practice until 2016.

George’s research career was initially focused in exploring mechanisms of antiarrhythmic drugs and the prevention of ventricular arrhythmias. He rapidly moved from bench to bedside and became one of the fathers of clinical trials in Canada and internationally. A seminal small RCT published in NEJM in 1987 comparing non-invasive vs invasive strategies for selecting drug therapies for ventricular arrhythmias was the foundation for the famous practice changing Cardiac Arrhythmia Suppression Trial (CAST). The story behind the CAST trial and how he and the EP group in Calgary had suggested the design by the acronyms of CATS vs DOGS trials is both hilarious and inspirational. I recommend that you all watch George’s University of Calgary 2017 Lecture of a Lifetime in youtube to celebrate his passing.   https://www.youtube.com/watch?v=bBJugTvOW9Y

George was also heavily involved with NASPE/HRS and was a member of the Board of Trustees, Similarly his contribution to the Canadian Heart Rhythm Society and Canadian Cardiovascular Society were enormous.

It is impossible to summarize George’s impact on clinical practice from reversal trials such as CAST and AFFIRM to many other clinical trials that changed and improved the care of arrhythmia and cardiovascular diseases patients globally: AVID, MUSTT, CAMIAT, CIDS, AF-CHF, TOTAL, NAVIGATE-ESUS PATCH, PAPABEAR, VPS I-II, to name just a few. He also played a seminal role in the implementation and knowledge translation of national and international guidelines in many aspects of cardiac arrhythmias. In his later stage of his career, he was a member and Chair of most of the Data Safety Monitoring Boards of the most important and practice changing clinical trials globally.

George was a visionary, innovator a selfless mentor of many here and across the country. We tend to think that we are all replaceable, but George isn’t he was one of a kind and the footprint he leaves on our group will never erase. We celebrate his passing and feel honored to have shared his knowledge, wit, and teachings.

George was an adored father, grandfather, and husband, He and Bonnie partners for a lifetime, 58 years, chose to leave us together on January 6th. They will both be dearly missed.

Our deepest condolences to the family and friends of Dr. George and Bonnie Wyse. https://www.bowriverfuneral.com/index.php?f=obit%2C876